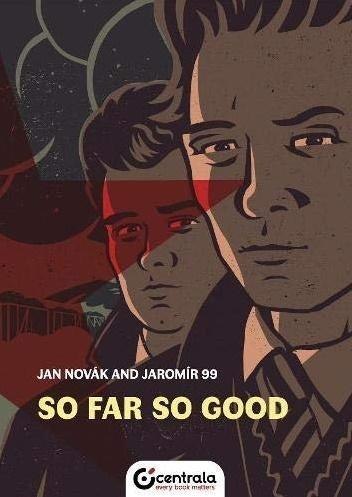 Symbol:
Centrala
83.17
szt. Do przechowalni
The true story of three Czech men whose daring exploits of anti-Communist resistance and 1953 flight to West Berlin set off the largest manhunt in the history of the Eastern Bloc. The story of the Man brothers and their band waging guerilla war against the Communist regime in the early 1950s could be the most dramatic Czech tale of the 20th century. After their activities in Czechoslovakia, these young men headed west - facing off against twenty thousand East German Volkspolizei and shooting their way to freedom. In the novel So Far, So Good, Jan Novk wrote the story like a thrilling Czech Western and won the Magnesia Litera prize for Best Book of the Year. After the runaway success of the previous collaboration with an illustrator Jaromir 99, Ztopek, the authors return with an even more explosive comic book.
Nie ma jeszcze komentarzy ani ocen dla tego produktu.