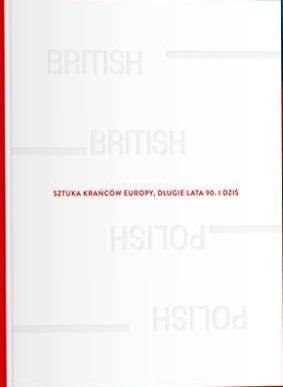 Symbol:
CSW Zamek Ujazdowski
112.00
szt. Do przechowalni
The starting point of the exhibition British British Polish Polish. Art from Europe's Edges in the Long '90s and Today presented in 2013 at the CCA Ujazdowski Castle was to show the unique simultaneous bloom of contemporary art in the UK as well as in Poland at the turn of the eighties and nineties, often associated with Young British Artists and Polish Critical Art. Their representatives, in a direct manner, undertook basic human questions - life and death, sex and violence, ethics and politics - thereby provoking lively and important discussions in their countries, also involving the media, which helped to transform contemporary art in the UK and Poland from a niche field - arousing interest only for the privy as it would seem into the broader popular culture. This process was taking place during rapid economic and social changes in both countries: in Britain it was the Big Bang, caused by the sudden deregulation of financial markets in 1986, the same year in which Damien Hirst began his studies at Goldsmiths' College; in Poland, there was the turbulent process of political transformation after the fall of communism in 1989. The presentation of the most important works of British and Polish art from the nineties was complemented with the works of young artists from the UK and Poland, who appeared after the global financial crisis of 2007/2008. From this, the question was asked: do eminent contemporary artists refer to the legacy of their predecessors, or do they reject it, or perhaps simply ignore it? And are we still stuck in the "long-nineties," or are we already living in new, yet unnamed times? Along with the exhibition British British Polish Polish, work began on an extensive publication (in English and Polish) containing the texts of the curators - Tom Morton and Marek Goździewski as well as J.J. Charlesworth, Isobel Harbison, Izabela Kowalczyk, Paweł Możdżyński, and Jakub Bąk. The book also contains interviews with all the artists who partook in the exhibition, as well as rich calendar - developed by Oliver Basciano and Maryla Sitkowska - of British and Polish cultural and political scenes from the nineties and a selection of excerpts from the British and Polish press commenting on the achievements of Young British Art and Polish Critical Art. Appended later to the book was documentation depicting activities related to the controversy around one of the works displayed in the exhibition as well as a rich collection of press releases divulging the varied reception of the exhibition, which was recorded both as an important event in the history of modern art in Poland, as well as an expression of the reflection on the specificity of art from the nineties, arousing more and more interest today. The completion of this publication became an important task of the CCA Ujazdowski Castle as an institution, which was notably active in its participation in shaping the face of contemporary Polish art in the nineties.
Nie ma jeszcze komentarzy ani ocen dla tego produktu.